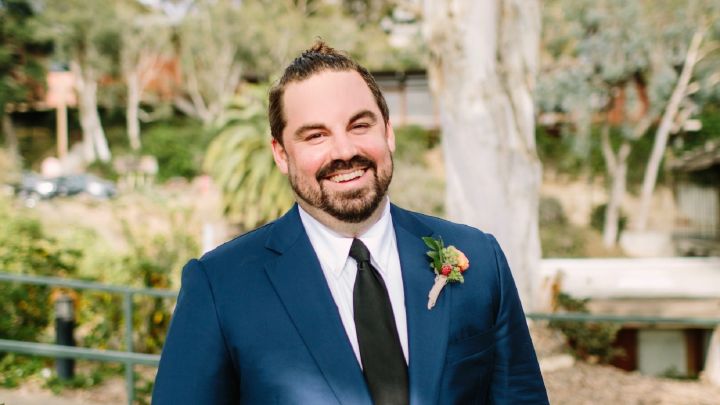 If I have given you the impression that my life since leaving surgical training has been all ups and no downs, I have unintentionally misled you.

The first business I started which was an owner operated medical business did well quickly its true. It allowed me to start investing in real estate. But that first acquisition I did not go well and it turned out to be a $300K lesson in how due diligence should NOT be done.

I’m happy to say that my fortunes with real estate have, indeed, been quite good since that time. But some of my business ventures have been up and down.

A few years ago when my initial medical business seemed to be slowing down (around 2012), I started to look around for business models within medicine that could hedge my position. My first business, as some of you know, was a cosmetic surgical business that was all cash pay and it still exists in Chicago.

The second business was related to a business covered by insurance. I decided I would stop being an operator on the first business and focus on this second business to create that hedge as soon as possible. That was around 2014 or so. My hunch was that with this second, insurance based model, I was on to something and that there was a window of opportunity to take advantage of it.

I was right. In fact, that second model made a seven figure plus profit in its first year and pretty much made up for the lagging cosmetic business. I felt like a genius for doing what I did.

In fact, not only did the new business save the old one, it seemed to some how drive a lot of energy into the initial cosmetic business. All of the sudden, it seemed like everything I touched was turning into another million dollar business. I bought some more apartment buildings around that time which was a really good move as well.

But…I also ended up doing something stupid. I decided that if my cosmetic business could be successful in the third largest market in the country, I could open up a few more across the country and really kill it. I figured if I could do what I was doing in Chicago in four other medium size markets,  I could potentially walk away with $40-50 million dollars.

Now, that in and of itself was not a bad idea. I’ve seen similar things done. In fact, a company emerged at around the same time that was doing almost the exact same thing. However, they had a couple of advantages over me.

First, they knew what they were doing! I knew how to dominate one city and I had the staff who could execute what I wanted them to do. I did not have the operational skill set, nor did my staff, of replicating our business model in multiple different states. My competitor was staffed with professional operators and the deep pockets of private equity making sure to guide their investment towards success.

That brings me to the other major advantage of my competitor: capitalization. I was making so much money in 2014, I figured I’d do the whole thing myself. My competitor was using private equity money with unlimited pocket depth that would see the project through despite a few years of multimillion dollar losses.

Suffice it to say, I lost that battle. After losing a small fortune, I retreated back to Chicago. The good news was, that despite the failure, the two Chicago based businesses were still killing it but now a lot of that money was going into paying down debt from the failed venture rather than underpriced Chicago real estate.

When I think about what I could have made with that money by buying more real estate in the Chicago rather than trying to expand that business is mind boggling. Everything was on sale. A couple of the properties I did buy during that era were sold last year for returns of 500% and 600% on equity (and they cash flowed all the way through the 3-4 year hold periods)

In hindsight, what could I have done differently? Well, I could have just done what I said…taken all that money and dumped it into real estate and other investments outside of my core businesses. That might have been the easiest.

Given how my businesses were doing at that time, I could have also looked into private equity, at least for the cosmetic business. I could have let them buy a portion of my company and help me scale with them. That would have allowed me to take some money off the table and share the risk with an operator who understood how to scale the way I wanted (the leveraged buy-out option).

Either option would have been better than what I did. The truth is that it is all easy to see in hindsight. When you are making money like I was for the first time, it’s hard to see clearly and you can feel invincible.

Now, going back to business two—it was a business that I knew could make a lot of money but I also knew that it was not a long term thing. It involved procedures that people needed but for which insurance companies were paying a lot of money. I knew that wasn’t going to last. The insurance companies would catch up with me. It was a business that I considered as having planned obsolescence—sort of like an iphone that works great at first but has a built in self-destruct button after a few years.

For a variety of reasons, after a three year ride, that business found its end last year and I lost about $700K on it. It’s a long story and if you are in Wealth Formula Network I can explain.

Lessons learned for me:

It’s amazing how much you can learn in a short period of time through a little bit of trauma. One or two failures will teach you a hell of a lot more than a thousand successes.

That leads me to my final take-away of the day—listen to people who have a little bit of scar tissue. Every highly successful entrepreneur and investor has had some kind of failure at some point that made them a lot better at what they do.

I remember thinking my dad was crazy for things he said to me in the past that don’t seem so crazy today. I remember, long before Robert Kiyosaki’s Rich Dad Poor Dad, my dad talking about cash flow all the time—especially after getting slaughtered with tech stocks in the dotcom melt down of the late nineties. I also remember him telling me that going to medical school was not going to make me rich and that I should just buy real estate. He thought it was silly that I took so much pride in being published in medical journals as a surgical resident while getting paid $30K per year.

There is truth in all of the things he said to varying degrees but none of it seemed useful to listen to as a kid or even an idealistic surgical resident in my twenties.

So, if you are a millennial, make sure to search out some gray hairs for opinions too while listening to the voices of your own generation that seem to be ahead of the curve.

Speaking of millennials who are ahead of the curve, my guest today is one of the voices of millennial money. In fact, his blog, millennialmoney.com has about 10 million readers. He just a started a podcast and Tony Robbins asked him if he could be a guest (FYI Tony has not reached out to me yet).

His name is Grant Sabatier and he is my guest on Wealth Formula Podcast this week.