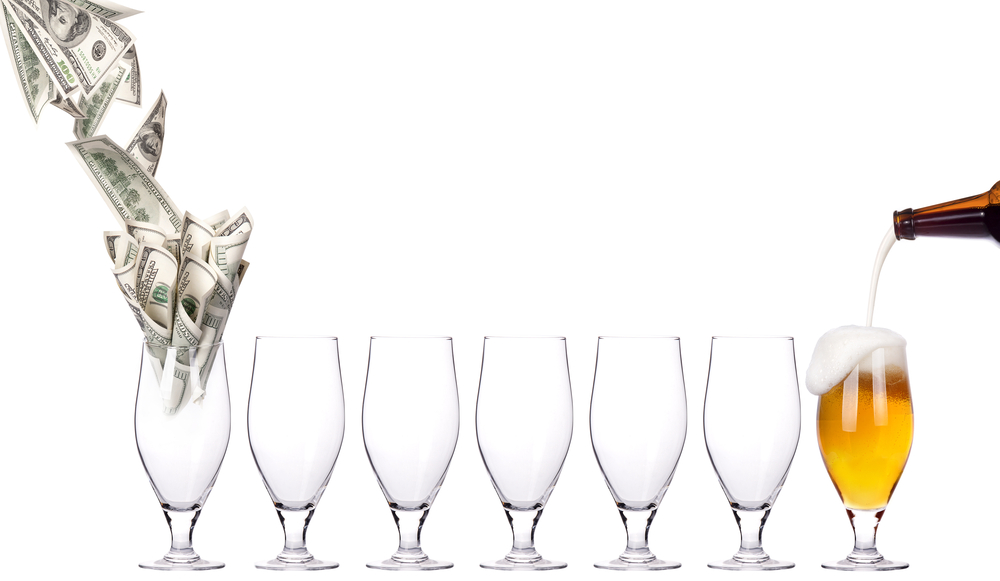 Last week I was in Monterrey for car week. While I still drive my Toyota Prius from 2008 that I purchased during my final surgical residency year, I have an appreciation for vintage Italian cars so I attended the annual Concorso Italiano.

Those old Ferrari’s are beautiful! There was a particularly stunning silver 1973 Ferrari Dino that I couldn’t get out of my mind. There is a guy at my YMCA who drives a Dino (only in Montecito)—he bought it brand new in 1975! I was telling him about the event and, as it turned out, he was there too.

“But Tesla’s have no soul!” I argued.

To me we were talking about two different things. He was talking about performance, and I was talking about art. Now, I’m not much of an art guy but I think my love for old Ferrari’s is much more inline with an art critic’s love of Andy Warhol rather then a guy who just wants a fast car.

I could care less if that Ferrari is slow. I just want to appreciate it for what it is. It’s a sensory masterpiece. Look at it. Listen to it! Tesla’s are silent and damn ugly in my opinion—especially that SUV. It looks like an overgrown Prius.

Now why did I go to this car show anyway? Just to torture myself with envy? No… I’ve been thinking about buying my first vintage car. There’s a few I have in mind. I love Ferrari’s but a 1967 Lincoln Convertible sounds cool too, and I could throw all my kids and their friends in the back seat (and the rest of the neighborhood as well).

A couple years ago, I would have never even considered buying something so “frivolous”. That’s because I never saw it as investment. While it’s true that buying a fancy new car would guarantee a loss of money for the foreseeable future, buying one that has fully depreciated in value and pivoted to become a collectors item is a totally different animal.

The new car is what Robert Kiyosaki would call a “doodad”. While a vintage collectible car would be, what I would call, an asset. Sure it doesn’t cash flow but neither does gold. I would rather have a Dino than a few ounces of gold any day!

In the world of the affluent, the theme of buying things that you can enjoy today and have as something worth more ten years from now is quite common. I didn’t really notice it until some of my wealthy friends opened my eyes. If you can afford it—it’s a very smart way to live. Just think about the amount you spend on cars, furniture, watches, and wall decorations that are sure to be worth zero some day. What if you could replace all of those with appreciating assets?

It’s a very interesting way to live and one that I am really starting to warm up to—that’s not easy for a guy who still drives his 12 year old Prius.

Now I get that not everyone can afford to spend $300K on a vintage car or $3 million on a piece of art. But financial technology is really making some of the things that were previously not attainable for most of us into a reality.

How about owning an Andy Warhol? Did you know that right now you can invest as little as $25 and own part of a famous Warhol piece? You can even visit the painting at a gallery in New York and enjoy it for yourself.

This whole new world of investing is very exciting and my guest on this week’s Wealth Formula Podcast is one of the entrepreneurs who is making it happen.

So, if you want your piece of that Warhol or whatever blue chip artist gets you excited, listen to Scott Lynn tell us exactly how to do it.

Scott Lynn has been an active collector of contemporary art for more than fifteen years and has built an internationally-recognized collection of Abstract Expressionism that has included works by Clyfford Still, Barnett Newman, Mark Rothko, Willem de Kooning, and more. In addition to Masterworks, Mr. Lynn serves on the board of v2 ventures (Adparlor, Giant Media, Reachmobi, Amply, and Sellozo), Payability, and the Brooklyn Rail (a non-profit publication in the art industry).