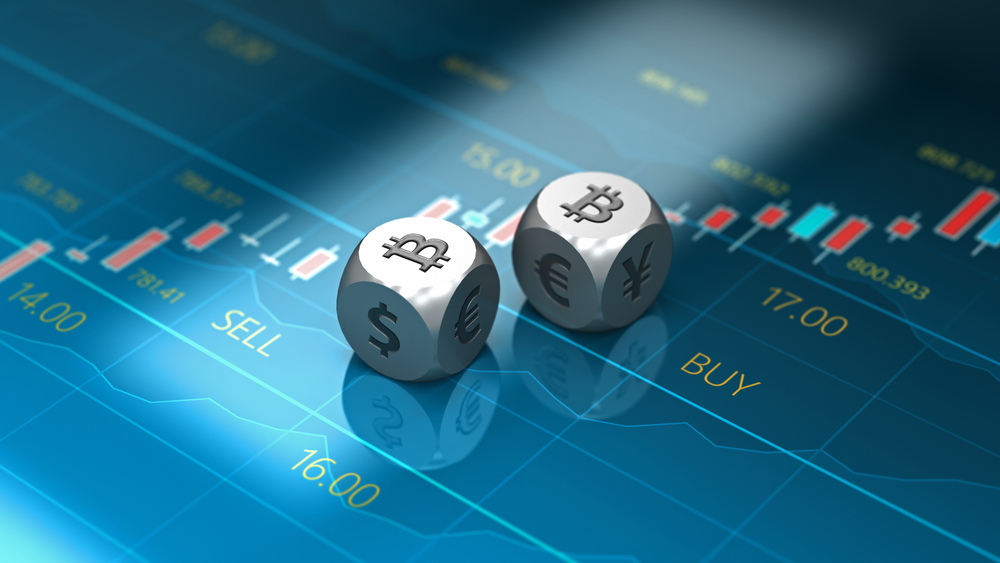 Up to 10 percent of my liquid assets are in very risky stuff—specifically digital assets and startups.

A lot of people people think I am being irresponsible—particularly because I have a captive audience with whom I have influence.

Now if I was shooting at the hip and telling you to put all your money in this stuff, I would understand. But even highly volatile investments (ie. gambling) may have their role in your portfolio.

To be clear, every year, I allocate no less than 80 percent of the money I invest into real estate through Investor Club. There are many “wealth advisors” out there who would tell me that’s nuts too—that I would be better with a substantial portfolio of stocks, bonds, and mutual funds. Ain’t gonna happen.

One of the great benefits of becoming financially literate is that you get to make your own decisions and feel confident about them. You don’t need someone with a three month long accreditation course to tell you what makes sense.

In my opinion, residential real estate isn’t risky if you know what you are doing or invest with someone who does. People have to live somewhere regardless of the Dow Jones Industrial Average.

Real estate in the hands of an ambitious immigrant with no money (my dad), ultimately paid for my upper middle-class upbringing and my education through medical school! Why would I consider it risky? The only time my dad got in trouble was when he invested in the stock market.

Now, let’s go back to this buying digital currency thing again. You and I know this is seriously risky. But you know what?— a lot of people have gotten very wealthy off this stuff already and it’s still in its early days.

So let me ask you this. Say you invested $20K into a variety of cryptocurrency projects today and lost it all. Would that kill you? Alternatively, say your $20K became $2 million—is it worth it for you to at least have a chance of this happening in your lifetime?

That’s the kind of analysis you need to do for yourself when considering investments of the asymmetric risk profile variety. Chances are if you are a follower of Wealth Formula Podcast, you are already doing fine. You make a great income and have all the basic things you need to live a happy life. But what if you had exposure to something that could put you in another league of wealth entirely? Would it be worth putting a little capital at risk to make this happen?

It is for me and that is why I invest in cryptocurrency. This is not foolish—this is calculated risk. It is the kind of risk that the wealthy take all the time. It’s how millionaires become billionaires and how ordinary people can make money that they never imagined possible.

In fact, even the largest, most respected university endowments like Yale and Stanford are getting in the game with small allocations in the digital currency space just to make sure they don’t miss out.

And why now? Well—because no one is talking about it. The bull market of 2017 had everyone and their mother investing in cryptocurrencies. Two years later, technology is better and institutional money is starting to get in, but investors don’t seem that interested.

That’s exactly why, if you have not gotten exposure to digital assets, now may be the best time to take the leap. The more you read about this stuff, the more excited you will get!

To help you understand what is going on with cryptocurrency and whether you should consider getting into the game, I invited Teeka Tiwari back on Wealth Formula Podcast. He’s a former Wall Street guy with serious credibility with institutional investors and family offices.

He is also a great teacher so make sure you tune into this week’s show.

P.S. To find out EXACTLY why investing in cryptocurrency makes sense NOW, make sure to sign up for Teeka’s upcoming webinar HERE.

Mr. Teeka Tiwari is a Editor at Palm Beach Research Group LLC. He is responsible for the firm’s flagship service, The Palm Beach Letter and small-cap and cryptocurrency advisory, Palm Beach Confidential. Earlier, Mr. Tiwari served as a Co-Editor and was also an Editor for Jump Point Trader and Mega Trends Investing at the firm. Previously, he was a hedge fund manager and launched a hedge fund. Prior to this, Mr. Tiwari was a Vice President, youngest in history, at Shearson Lehman. At the age of 18, he was the youngest employee at Lehman Brothers. Mr. Tiwari has been a regular contributor to the FOX Business Network and has appeared on FOX News Channel, CNBC, ABC’s Nightline, The Daily Show with Jon Stewart, and international television networks.