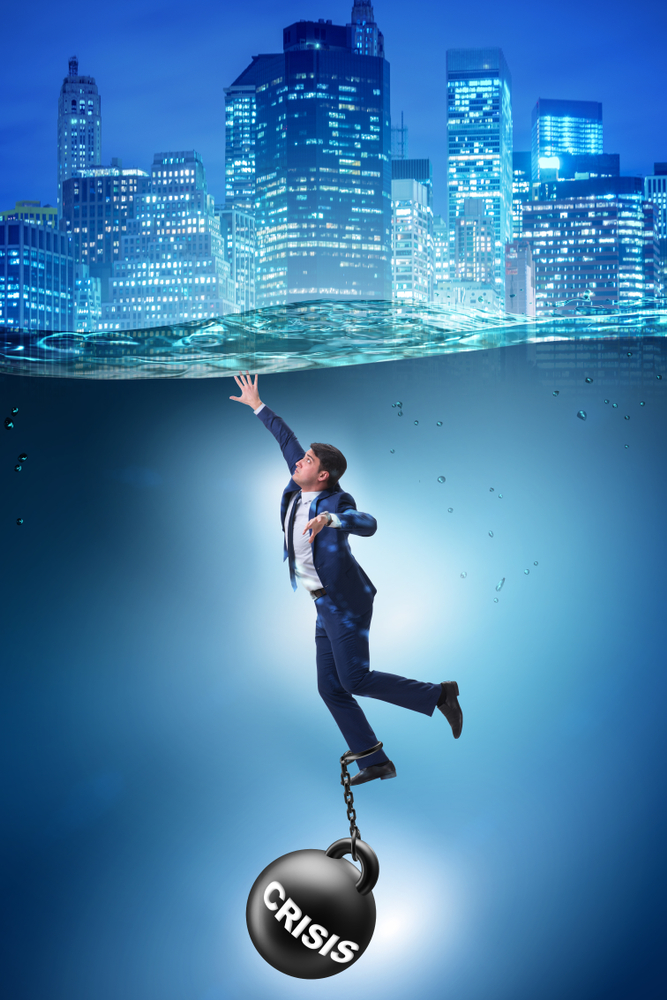 Remember a month ago when this whole Corona-thing was sort of a theoretical issue? After all, we only had 15 cases reported in the whole country and no one had died. Sure, we were starting to see the news in China and Italy but they were so far away. Even the president said it would just disappear!

But then every day things got substantially worse—exponentially worse. And now, even those who mocked the hysteria are now admitting that this is, indeed, a big deal.

I won’t pretend that I knew what was coming. I didn’t have the perspective to see it and those who did, didn’t make it clear to the rest of us. They were too busy selling their stocks! But it’s here now and it’s going to get worse—a lot worse. Thousands will die. Unemployment will be well over 20 percent. There will be suffering beyond the disease in the form of financial follow-out.

But the good news is that this episode in history will eventually be a thing of the past. Eventually it will be a bad memory. We will move on with our lives as we should. BUT…we should not forget because, although history does not repeat itself, it does rhyme. There will be another pandemic eventually. It could be even worse than the current one.

And we shouldn’t be surprised when it happens. After all, even though most of us thought coronavirus was over-blown to a certain degree, there was plenty of evidence at the national security level that this kind of “virus X” was quite possible and was something for which we were unprepared.

As a society, we knew it was possible and did nothing to protect ourselves. We can blame the government, but the government only reflects our own priorities. Unfortunately, our priorities don’t seem to plan for much beyond today.

This current pandemic worries me but I know it is finite. What worries me even more is all of the ticking time bombs that we know are out there, but are choosing to ignore the same way we ignored the risk of a pandemic. We are being short-sighted on multiple fronts. Some of these perceived time-bombs could be real and the consequences devastating.

For example, we know that our power grid is vulnerable to cyberattack. If our grid went out tomorrow, it would mean more than the lights going out. It would mean amongst other things: hospitals being rendered non-functional, a shut-down of communication of all kind, and no more clean running water. People would die. It’s a very scary scenario that national security has identified as a threat. But we do not have the appetite to spend on new infrastructure and defense now.

Another case in point—climate change. I don’t understand frankly why climate change opinions seem to be affected by party lines as they clearly are. I am an anomaly in that I am a fiscal conservative yet I am open to the idea that there is potentially serious hazard in ignoring climate change as a national security threat.

It doesn’t take a meteorologist to figure out that something funky is going on when thousand year storms start happening every couple of years. And, although I believe it is man-made in nature, you don’t have to believe that to concede that there could be deadly consequences to us or our children if we choose to simply call it a hoax.

Let me ask you this, would we be better off today if we as a country had taken Coronavirus more seriously two months ago? Even if coronavirus ended up being just another flu, would we have suffered by being overly-conservative with preparation and early lock-downs? Of course not. So why not look at climate change the same way? In my mind, if those of us who think climate change is a serious danger to the world are wrong, the worst case scenario is that we end up with cleaner air and water. Anyway, save yourself the time with hate-mail. I’m just providing some food for thought—call it civil discourse.

Bottom line is, I hope that at the end of this national nightmare, we can start to look at where else our exposure is and start coming up with some plan b’s that might be needed when a second passport does you no good.

It is a time right now that I think we should all use for reflection on the macro-level as well as the micro-level. And of course, this is not a political show so we will keep it about money from here on out.

I will say that there are plenty of lessons to be learned by this kind of financial stress test for all of us. The government is doing what it can to keep us on life-support until we get that cure or vaccine but we will all be challenged to varying degrees and it is a good time to assess the defense that you need to shore up for the next disaster.

My friend Tom Wheelwright will be on this week’s podcast to talk about all of this and more. Tom is the Michael Jordan of CPAs, a brilliant entrepreneur, and has literally saved me millions of dollars in taxes over the last several years.

In fact, you may come away from this podcast realizing that you might have actually come out ahead financially because of the tax relief provided by this disaster! Listen HERE.

P.S. Listen to the whole show because Tom has an incredible offer for our listeners!

Tom Wheelwright is a CPA, CEO of WealthAbility (Tempe, Arizona) and Best-Selling Author of Tax-Free Wealth. Wheelwright is a leading wealth and tax expert, global speaker, and Entrepreneur Magazine Contributor. Tom is best known for making taxes fun, easy and understandable, and specializes in helping entrepreneurs and investors build wealth through practical and strategic ways that permanently reduce taxes.