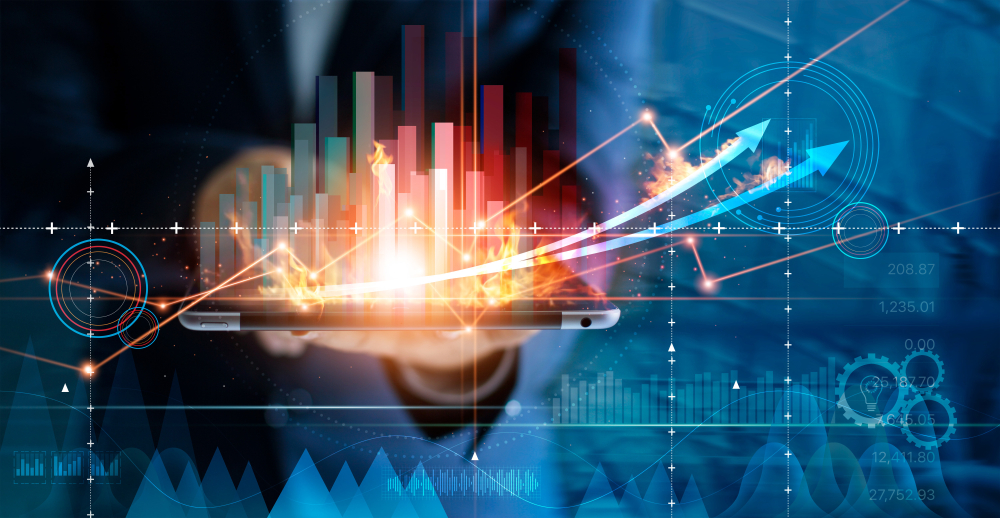 I am not an economist but I do recognize the importance of understanding a little bit of macroeconomics to guide me as an investor. After all, financial markets don’t move in a vacuum. They are affected by all sorts of things including monetary and fiscal policy.

As a reminder, monetary policy is dictated by the Federal Reserve. Essentially, they have two powers that they can wield to impact the financial system. One is the power to set interest rates at which the banks trade with one another—the so-called “Fed Funds Rate.” The other is the ability to print money and buy bonds—aka quantitative easing.

Right now this monetary policy is as loose as it can be. With historically low interest rates and quantitative easing cranking away, the Fed is doing what it can to steer us out into a post-pandemic economy.

While the Fed does its thing, the US Government and Treasury are responsible for fiscal policy—aka government spending. Obviously, that is also hard at work right now as demonstrated by the recent $1.9 trillion stimulus package.

Simultaneously, household savings rates are high and there is enormous pent-up demand for spending that will presumably be unleashed late this summer and into the rest of the year as Covid-19 herd immunity becomes reality through vaccination efforts.

All of the ingredients are there for an economic boom like we haven’t seen in decades. The economy could really heat up and we could see some inflation.

Historically the response of the Federal Reserve to a hot economy is to put on the brakes so that inflation does not get out of control. Raising interest rates and not printing money would be the steps that you might expect. But this time, it may be different.

The Fed has changed its policy. In the past, the Fed has used a target inflation rate of 2 percent as a major indicator of when it needs to raise rates. But now the policy is to allow rates to overshoot 2 percent and to focus more on the average rate of inflation. In other words, if the economy heats up, they will let it boil!

Low interest rates are critical to keep asset prices inflated. One of the misconceptions that people have is that the Fed Funds rate is the primary indicator for long-term loans like mortgages. That’s actually not the case.

The 10 year treasury will naturally go up if the markets expect inflation. So if that’s the case and the Fed wants to keep rates under control, what can it do? Well, remember quantitative easing is where the Fed creates money out of nothing. When it prints that money, it buys bonds like the 10 year treasury.

If the Fed continues to buy treasuries, it can control the supply and demand and artificially suppress the yield on those bonds. That’s what it’s doing and what it plans on doing more of in the near future.

So, the take-away I have from this news is that inflation is coming so don’t sit on cash. That’s a sure fire way of losing money as it loses value over time. I also interpret this as “go time”. The economy is about to boom and I, for one, will position myself in the assets that will benefit from this explosion. Finally, expect this boom to last. The Fed and the Treasury are going to let the fireworks go on for a little bit longer than they normally do.

That’s it for my macroeconomic warm-up for the week. Now you are ready to listen to an economist talk about these issues and a lot more in this week’s Wealth Formula Podcast. Listen NOW!

P.S. My 11 year old daughter just released a song called “Worst Year Ever” that is available on all the streaming services such as Spotify and Itunes. She used the name Camilla Sabine (her middle name) in case you want to search for it.

You can also check it out on Youtube at the following link: https://youtu.be/wUH_AN5kLGM

I bet your kids will love it!

Richard studied literature and economics at Vanderbilt University (1983) and international finance at Babson College (1986); and, between the two, spent a year travelling around the world as a backpacker.