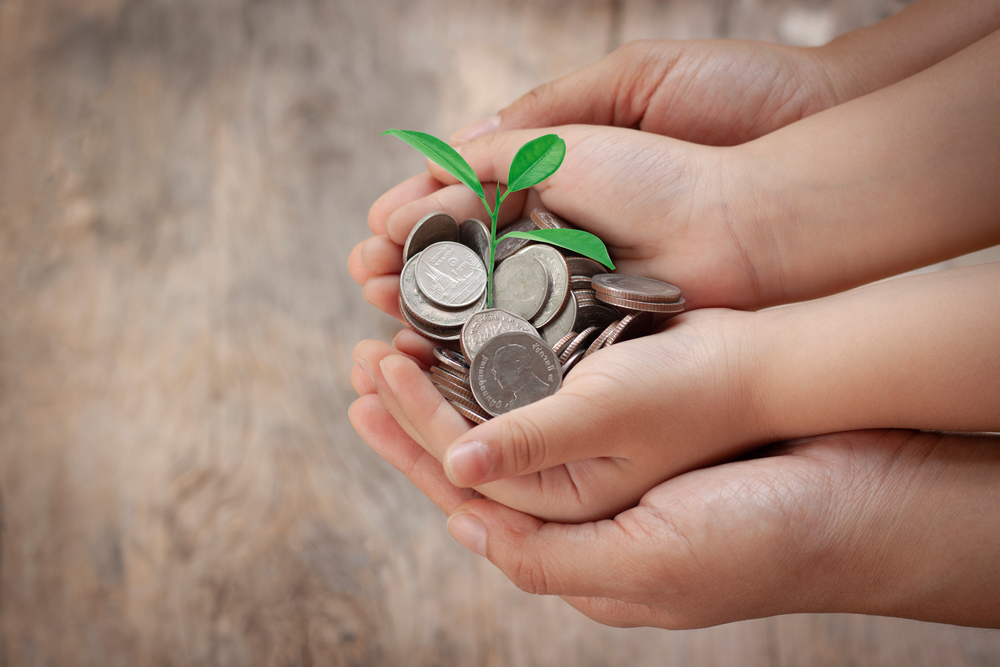 I’m always fascinated by stories of entrepreneurs showing early signs of interest in the world of business as children. Warren Buffett was apparently inspired by a book he checked out from the Omaha library at the age of seven called: One Thousand Ways to Make $1000. He went on to pursue several childhood business ventures such as selling gum and Coca-Cola bottles and, of course, the rest is history.

Stories like these attached to big-name entrepreneurs are fun to think about. And I certainly see some of my children’s friends with unusual enthusiasm for making money at a young age. I can’t wait to see what they do in the years ahead.

What I have noticed is that most entrepreneurs stumbled their way into the world of business and surprised everyone around them, including themselves.

I identify as an entrepreneur who happens to be a doctor. If someone looked at my childhood trajectory, I don’t think they would guess that I would end up doing what I did.

For one, I was a good student who fit well into the professional tract. The only question that someone might have had about me during high school or college is whether I would end up in law school, business school, or medical school like I actually did. The idea of entrepreneurship never crossed my mind. I was trying to figure out what kind of job that I wanted.

It wasn’t until accidentally stumbling upon Robert Kiyosaki’s Cash Flow Quadrant that the idea of entrepreneurship ever crossed my mind. And boy did it…like a bolt of lightning. And while I don’t agree with everything Robert says, I do owe him a debt of gratitude that, apart from my parents who brought me into this world, I owe no one.

Now once you are in the entrepreneurial mindset, you can see opportunities everywhere. Not surprisingly, therefore, most entrepreneurs do what I did. They learn a business from somewhere that they are working and have that moment of clarity when they think to themselves: “I don’t have to work for this guy. I’m doing all the work. I can make more money on my own”

This, I guarantee you, is the number one on-ramp to entrepreneurship.

Now, the interesting thing is that the type of business an individual typically pursues is often dumb luck. Let me give you a couple of examples to illustrate my point.

One of my buddies has a tile company that supplies a bunch of major retailers like home depot. He does pretty well for himself. He makes a half million dollars a year and lives comfortably in a great place to live. This is a big deal considering the fact that he came from nothing. His story? Well, you guessed it. He worked for a tile guy who gave him all the responsibility while he played golf. My friend learned the business and started his own shop.

Now another guy I know had a similar story. Except in his case, his job involved energy arbitrage. The company he worked for bought energy from countries where costs were less and sold it to countries where it was more expensive. Of course, that brokering came with a nice little commission on the trade—meaning millions of dollars per transaction.

Well, one day this guy looked at his coworker and said, “You know, we could do this by ourselves.”. And that’s how he ended an entrepreneur. However, lucky for him, his job gave him the inside knowledge to execute a business that was quite a bit more lucrative than tiles or medicine. He didn’t work harder than the rest of us and I don’t think he was any smarter. He was just in the right place at the right time with the right mindset.

When I think about these guys and myself, I can’t help but think how random fortunes can be. I also think to myself whether there is a way to systematize this seemingly arbitrary reality of fate so that we can better guide our children.

Based on what I’ve seen, the advice I have for any young person looking to find their way or their jackpot is to get as much exposure to life as possible.

College teaches you some things, but it might be best as a resource for the people you meet. College graduates should look at their first few jobs after school as paid education. Furthermore, they should be quick to find other employment once they learn the skills available at that position.

Not everyone aspires to be filthy rich, but anyone who has an interest in entrepreneurship should make sure that the business that they are going to rip off and make their own be lucrative. After all, working hard has very little correlation with being rich.

I have three little girls-the oldest is only 12. Given my own interest in entrepreneurship and investing, people often ask me what I’m doing to provide them a financial education.

Sure, we talk about money once in a while. I explain taxes to them by taking away half their ice cream..that kind of thing. But I think the best thing I can do for them right now is to simply encourage them to learn as much about different things as possible.

After all, whether it’s solving a problem and turning into a business as most entrepreneurs do or finding the best investments, it all comes down to having exposure to as many possibilities as possible.

Speaking of children, this week’s episode of Wealth Formula Podcast will be a little bit different. In the spirit of trying to figure out how to educate our own children, I interview an 18 year old self-proclaimed entrepreneur and investor.

If you have you have kids, make sure to tune in. It may give you some ideas of how to approach your own duty as a parent to guide your children’s financial literacy.

Jack Rosenthal is a 18 year-old entrepreneur and investor. He is the founder of one of the largest teen-only investment organizations in the world with close to 100 members and over $115,000 in assets. He has been featured in several news and television programs.