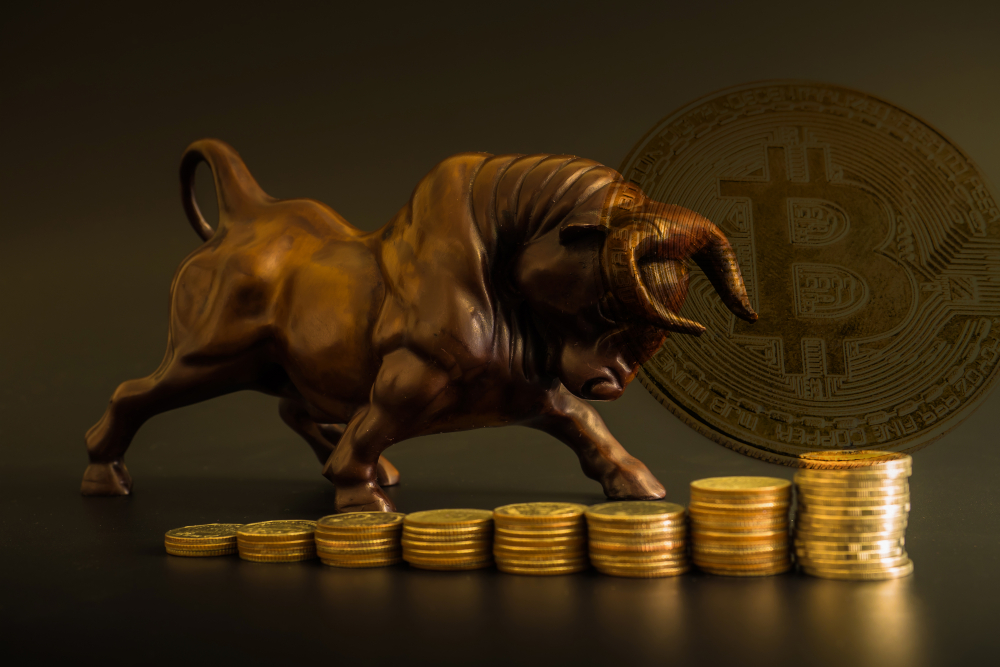 I am a lousy trader. I’ve said it before and I fully recognize this fact. That’s why, I try very hard to stay focussed on investing rather than trading. Nevertheless, I still get trapped in behaviors that I invariably regret.

For example, you may know that I am a believer in bitcoin. I truly believe this will be one of the best investments of my lifetime over the course of the next few years. That’s why when it dropped to $3100, I should’ve bought some more. But, I didn’t because I got greedy. I figured it might drop even more so I waited.

The end result was that by the time I bought more, it had actually doubled in price. Now, over the long run I still think that’s not a bad price at all. Especially considering I believe that we will see $100,000 bitcoin within the next couple of years. However, I was kicking myself because I was timing something instead of just recognizing that it was a good time to buy.

Now some of you may disagree with me that bitcoin is a “quality“ asset. We can agree to disagree. However, let’s focus on that principal with another example.

One of my friends is a famous home designer and is particularly well known amongst Hollywood celebrities. He told me about a house he once put on sale in Los Angeles. At the time, it was the most expensive house per square foot in all of Los Angeles.

He had a very motivated buyer who happened to be the daughter of a well-known tech billionaire. My friend said that dad had three questions before he bought the house for his daughter. 1) Was the house in a desirable area? 2) Did the house have a great views? 3) Was the house built well?

The broker assured him that all three answers were a resounding yes. The billionaire went on and bought that house for his daughter at full price. And, that house which was the most expensive house per square foot in LA at the time (in 2007), sold for a significant profit only 10 years later even after the housing correction.

The moral of the story?—most of the time when we think we are saving money, we really aren’t. It may be more expensive to buy a higher quality asset or an asset that is in a higher quality area. However, over the long run, you will come out ahead.

Think of it this way. Ikea furniture is not going to appreciate. So, if you can afford it, buy something that might appreciate so that, someday, you have something of greater value.

This is the kind of perspective you get over time. That’s why it’s a good idea to listen to people of been around for a while. Tyler Jenks is one of those guys. He’s been in the financial industry since 1971. That’s before I was even born!

Tyler can speak on a broad base of financial topics with perspective that is both unusual and multidimensional. From the S&P 500 to gold and even to bitcoin, Tyler is a wealth of knowledge as you will see on this week’s Wealth Formula Podcast.

Tyler Jenks has spent his entire professional career studying financial markets and investments. Mr. Jenks is currently President and Chief Investment Officer of Lucid Investment Strategies, previously a division of Dumont and Blake. Mr. Jenks served for ten years as President and Chief Investment Officer of Amivest Capital Management/NFB Asset Builder, North Fork Bank’s investment advisory division. Mr. Jenks served as Senior Portfolio Manager upon joining Amivest Capital Management in 1991, and was named Amivest’s Chief Investment Officer in 1998 when North Fork Bank acquired the firm. After graduating with a degree in International Relations from Principia College in 1971, Mr. Jenks spent four years as an officer in the United States Coast Guard. While stationed in Hawaii, Mr. Jenks received his M.B.A. from the University of Hawaii. Immediately following his military service, Mr. Jenks joined a major Wall Street firm and has spent the last 42 years as a student of markets and investments. During his career, Tyler has had the opportunity to work with some of the most accomplished chief investment officers, portfolio managers, fundamental and technical analysts, market timers, theoreticians and academicians in the business.

Mr. Jenks’ broad overview of world economics and investment trends is not simply theoretical. He has managed hundreds of millions of dollars for institutions, charities, pension funds and individuals and has done so very effectively for over 42 years. Mr. Jenks loves to share his experience and investment acumen through classes, seminars and the financial media. He expresses challenging and complex concepts in a remarkably simple and down-to-earth style.

Before joining Amivest Capital Management in 1991, Mr. Jenks founded Boston-based Kanon Bloch Carre & Co., Inc. and was Director of Research and Chairman of the investment committee from 1985 to 1991, where he was responsible for the design, development and implementation of mutual fund evaluation techniques. From 1975 to 1986, Mr. Jenks was extensively involved in portfolio management, investment research and trading system design and assessment at Dean Witter, Loeb Rhodes Hornblower and Shearson/American Express.