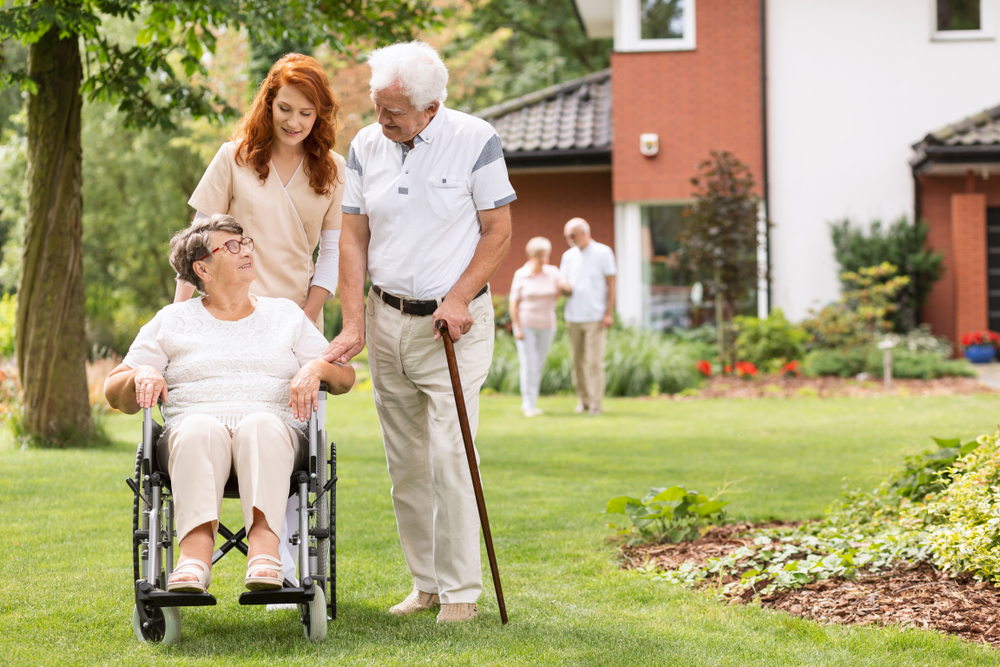 Let me tell you about another one of my failures. A few years ago, I was listening to a well known podcast and I heard about this concept of turning single family houses into elderly care facilities.

The idea sounded pretty compelling so I decided to go to the “course” in Phoenix. In fact, I went out there with another entrepreneur buddy of mine.

In short, we both got sold on the concept (and I mean sold). The next thing you know, we were dropping five figures on a coaching/mentorship program.

Have you ever bought something like this? I bet you have if you think about it. Good marketers know that people respond to fear and greed and this one had elements of both.

Now I am not saying that this program that I signed up for was worthless. I did learn a lot and I believe that had things gone another way, I could have had a successful small business on my hands.

However, a lot of things got in the way. First of all, I bought a house that was clearly zoned for such conversion, but it was clear that the neighbors were not going to have it.

But wait..if you are zoned properly, shouldn’t you be able to do whatever you want to do? Not really—that’s where the theoretical and the real world of local real estate politics collide.

In short, the neighbors were making me jump through all sorts of hoops that they knew would be time consuming and expensive. The proposed traffic feasibility study alone would have cost me tens of thousand of dollars.

In the end, I asked my business attorney if the neighbors could really stop me and he said, “no, but they can make you wish you had never started”.

Now understand that while all this was going on, I was making a lot of money doing things that were not nearly as hard. Had I known what kind of effort would go into this, I would have never started. So, I decided to just sell the house.

A couple of weeks after listing the house, my broker called me up and let me know that he had taken a potential buyer to the property and that a pipe had burst. There was water everywhere and he could already smell the mold.

Fortunately, I had insurance and it covered me for just about everything. We got permits and the contractor started to work. But things were going unusually slowly. A year later, the contractor had made very little progress other than to tear the thing apart.

It started getting ridiculous. There was all sort of excuses for delays that made absolutely no sense. Eventually, the contractor confessed that he had taken the money and bought a couple of other houses to flip. The problem was, he couldn’t sell the houses that he rehabbed!

Can you believe that? He then agreed to return the money to avoid litigation…until he spoke with an attorney. Then he denied ever saying he used up the funds to buy other houses. The next thing you know we were off to the legal races.

If you want to know how this thing ended ask me next time you see me. But suffice it to say, this did not end up the way I wanted it to. When all was said and done, I was down over $250K with nothing to show for it.

Now, I don’t blame my coach/mentor for this. The service provided was reasonable and had circumstances been different, I might have had a profitable little business.

But there was a valuable lesson there. No matter how you cut it, what I was embarking on was an extremely high risk endeavor. I was doing something that really had not been done before in the Chicago suburbs. It involved significant investment into real estate and there were an enormous number of moving parts—many of which were out of my control.

For a guy with some highly profitable businesses at the time, did it make sense for me to take this on? In retrospect the answer was clearly no. Even had things turned out ok, the reward simply was not high enough for the risk involved.

Understand that I am a serial entrepreneur. I have successfully started multiple businesses with seven and eight figure yearly revenues. But I have also failed on some. That’s why, when it comes to my entrepreneurial activity, I never accept investor money. I am willing to take a lot of risk on my own dime but I’m leaving you out!

So, losing money in that venture was not that big of a deal to me. I’ve lost a lot more than that with other efforts. But what bothered me about this one was that the upside was so limited. Why did I think it was worth it? Well, I think I had mistook a business start up for a real estate investment.

When you hear about 30 percent cash on cash projects, that sounds pretty good to a real estate investor but it’s not that big of a deal for a business start up. You should expect that kind of return from buying an established business. But for a start-up??? No. That’s enough.

For reference, my successful startups have had returns in the 400-500 percent range and have been incredibly scalable. That makes up for the big losers. The best case scenario for this start-up was 30 percent cash on cash, lack of scalability, and a ton of work and responsibility (it’s a big deal taking care of the elderly!)

Bottom line, I chalk this experience up as a mistake. Now, don’t get me wrong. I know there have been people doing this successfully but those who are doing it well are not treating this as a passive endeavor and, in my view, could be making a lot more money doing other things with the same level of effort.

That’s my opinion based on my experience. However, others have had other experiences and are doing quite well with this. I find that those most successful in this arena are those who really care about what they are doing and don’t see it through the lens of pure profit.

Loe Hornbuckle is one of those guys. If you want to explore senior living as something you want to get exposure to, you will want to listen to this week’s Wealth Formula Podcast. I didn’t hold back. I asked Loe hard questions and he did a very good job of answering them.

Loe is the founder and CEO of Sage Oak Assisted Living in Dallas, Texas.

Family-owned and operated, Sage Oak was founded to fill a need in personal home care for seniors. Our homes are located in some of the best residential neighborhoods in central Dallas,

allowing residents to feel like they are at home, especially when compared with some of the larger facilities, which to many residents can feel more like a hospital or an institution.