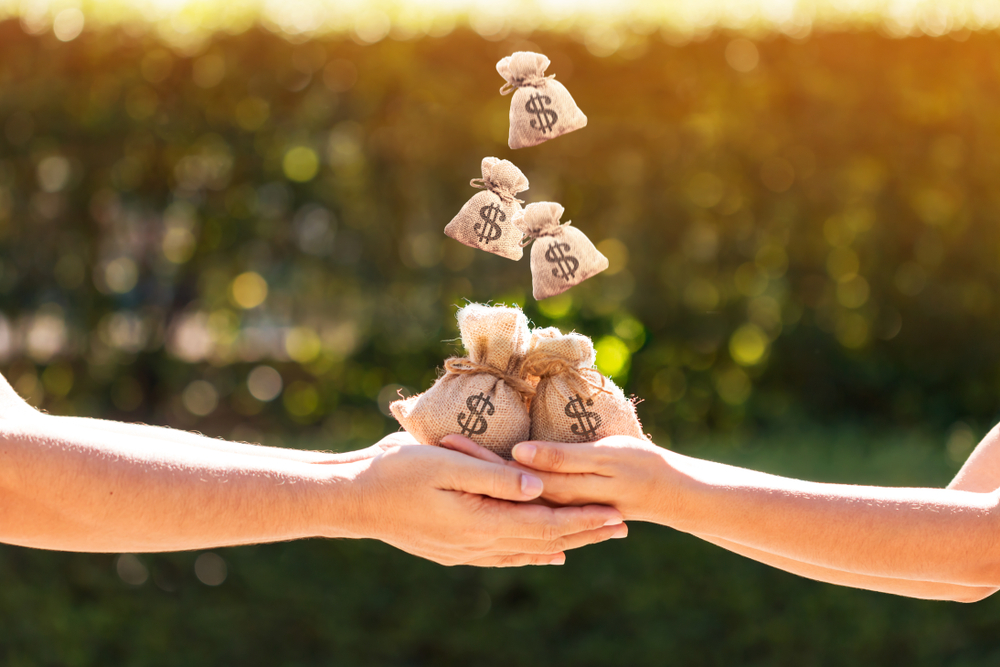 If you read the title of this email and felt a little weird about it, I think that’s pretty normal. It was intended to get a reaction out of everyone. For those who believe in giving for the purpose of being a good person, it might disgust you to think of adulterating your good deeds.

If you are less charitable minded, it gave you good reason to read further rather than delete an email about giving your hard earned money away.

The truth is that charitable giving is complicated. For those who have done much of it, you know there is a benefit to you that you understand yourself, but is a little hard to explain.

You see, several scientific studies have shown that giving money to charity makes you a happier person. In that regard, charity is not entirely charitable. In exchange for a monetary gift, you are getting a psychological boost— a return of happiness so to speak.

Of course giving can have a financial benefit as well. You get a tax deduction every time you give and, if you give enough, you can even drive yourself down to a lower tax bracket and potentially come out even.

That’s very basic charitable giving economics. But obviously there are a lot more levels of complexity used by the ultra-wealthy for tax and social benefit.

You have already seen leveraged charitable giving in the form of conservation easements although they certainly are not without controversy. That has not stopped the likes of Ted Turner and Donald Trump from utilizing them.

Charity, as it turns out, has its own complexity when it comes to higher level personal finance. You have probably heard of things like charitable remainder trusts and other vehicles used by the ultrawealthy to legally avoid estate taxes.

These strategies are complicated for sure and I can’t say that I really understand them. However, they are also really powerful and worth knowing about because they may very well begin applying to you before you know it if you are participating in our Investor Club offerings!

For that reason, I invited Jerry Borrowman on Wealth Formula Podcast this week. Jerry is one of those guys who really understands the nuances of all of this stuff. That’s more than I can say for 99 percent of the advisers out there—even the ones who deal with the ultra wealthy.

If you want to understand how estate taxes can become legally optional and actually leave more money to your children by giving money away, don’t miss this episode.

P.S. I asked Rod from Wealth Formula Banking to help me with the interview. If you have any questions about this interview, reach out to him at [email protected]

Jerry Borrowman joined New York Life as an agent in Pocatello, Idaho on March 3, 1978. In the course of the next 24 years, he worked as an agent, sales manager, trainer, and assistant vice-president in field technology. He traveled for New York Life International including work in India, Hong Kong, and Argentina.

In 2001 he joined Beneficial Life as Vice-President of Advanced Solutions and Professional Development, where he and his team provided classroom and internet training, illustration support, and individual case support. Jerry also worked as a member of the Product Design Committee, Agent Market Conduct Compliance Committee, and as lead designer for agent software. When Beneficial Life withdrew from the sale of new products he joined Cambridge Financial Center, the Utah, Nevada, Idaho and Arizona affiliate of Penn Mutual Life Insurance Company, where he works as Director of Advanced Solutions. In the course of his career, Jerry has taught more than 2,000 classes to agents on topics related to all areas of advanced markets, in more than thirty states, and a variety of foreign countries.