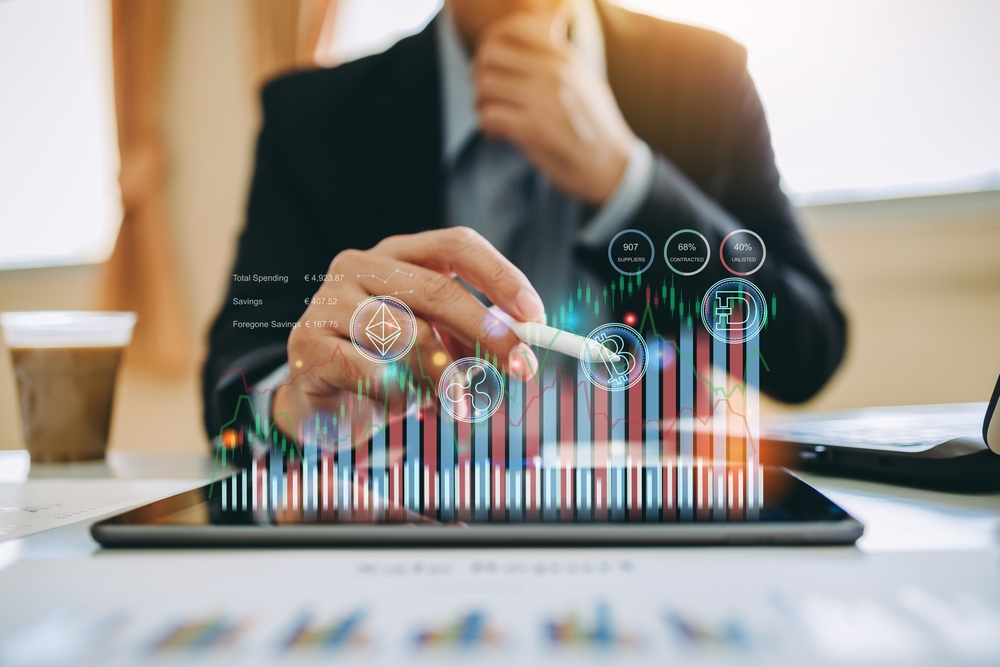 Distributed ledger technology is revolutionary and creates some problems for the old guard—specifically banks and the traditional financial markets.

The young guns creating all of this technology are really shaking things up. But you can bet that the traditional guys who have been making millions of dollars off the old system aren’t giving up easily.

The old guard also has something else on their side—the financial regulatory system. You see, decentralized finance (AKA DeFi) is very appealing but it’s not always terribly legal.

Case in point, frequently individuals who own cryptocurrency are making swaps for other tokens on these platforms and no one knows about it. In fact, it is virtually impossible for an agency like the IRS to track these trades. And, many people have millions of dollars stashed in this underbelly of the decentralized economy.

I wouldn’t recommend living like that myself. Why? Well, I would just say that it’s best not to bet against regulators and the US government in the long term. You risk going to jail.

Nevertheless, DeFi and related technologies do offer so many advantages to consumers in the way of efficient transactions that are quick and inexpensive. In fact, I would argue that when technology this powerful comes down the pipe, it eventually prevails one way or another.

But, practically speaking, how is that going to look? That’s a good question. We really are in the early days of DeFi and distributed ledger technology in general.

My guest on this week’s Wealth Formula Podcast, Brian Hartzer, comes very much from the traditional financial system holding positions as a top executive at some of the largest banks in the world. Yet, he sees the disruption coming and believes he knows where technology will meet traditional finance and regulators straight on.

It’s a fascinating area to watch evolve as it is happening very quickly. Make sure you tune in to the show!

Brian Hartzer is an experienced executive, leadership mentor and investor who served as CEO of the Westpac Banking Group from 2015 to 2019.

Prior to his time as Westpac’s CEO, Brian spent 15 years in senior executive roles at major banks in Australia and the UK. These roles included CEO at Westpac and divisional chief executive roles at the Royal Bank of Scotland Group and ANZ Banking Group.

He has also served as Chairman of the Australian Banking Association and of the Retail Banking Committee of the British Bankers Association.

He has previously served as Chairman of Save the Children Australia, Director of the Financial Markets Foundation for Children and Chair of the Business Advisory Committee of the Australian National University.

He graduated with a degree in European History from Princeton University and is a Chartered Financial Analyst.

Brian holds dual US and Australian citizenship and lives in Sydney, Australia.